Scientific conference of Nizami Ganjavi Centre to be held 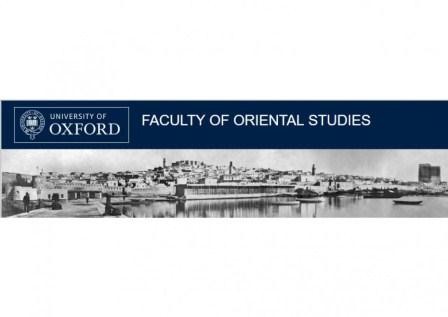 Another scientific conference of the Nizami Ganjavi Centre will be held at the Brasenose College in UK. The conference will be devoted to the “Trans-Caspian relations (V-XIII centuries)”.

The Nizami Ganjavi Program for the study of ancient languages and cultures of Azerbaijan and the Caucasus was born in 2013 when Professor Robert Hoyland came to Azerbaijan to visit archaeological sites and was invited to meet Professor Nargiz Pashayeva, rector of the Baku branch of Moscow State University. Their shared interest in education and research resulted in a joint decision to work towards the establishment of a Centre in Oxford that could provide resources for students and scholars from all over the world to come together to investigate and discuss the pre-modern history and culture of Azerbaijan and the Caucasus. The first step in realizing this aim has been the creation of the Oxford Nizami Ganjavi Program, which will oversee excavations in Barda region of Azerbaijan, the translation of major works of Azeri and Russian scholarship into English and sponsor a number of graduate students. This program will run for five years, in the course of which we will plan the establishment of a more permanent Centre with a long-term endowment. We hope thereby to fill a gap in modern scholarly work on the Caucasus, which tends to focus on recent politics and to ignore the long, rich and diverse history of this strategically and culturally important region of the world.