Shakira was awarded in Davos Forum 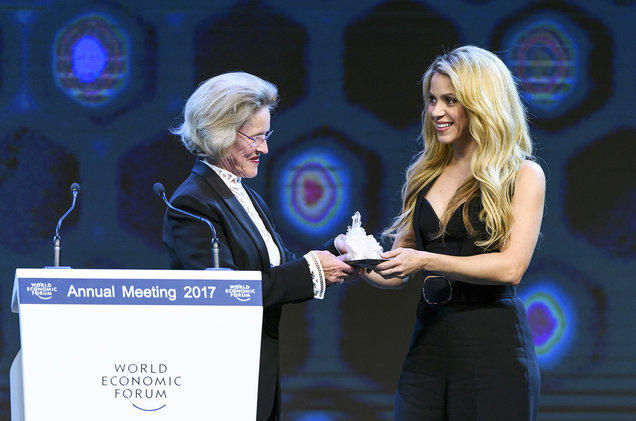 Axar.az reports that, the forum confers that prize annually on artists who are bridge-builders and role models for the global community.

Shakira is a UNICEF goodwill ambassador dedicated to early childhood development and the founder of the Pies Descalzos (Barefoot) Foundation, which was founded in 1997 to promote quality public education for Colombian children in vulnerable situations.

She also is a celebrity supporter of ALAS, a non-profit organization founded by a group of Latin American leaders to promote comprehensive early childhood development programs in the region.

Shakira said in receiving the award that 250 million children under the age of five in developing countries are currently at risk of poor physical and intellectual development.

The singer, one of three winners of this year’s award, called the situation a tragedy for those youth and “an epic failure for us” and urged wealthy nations to invest in education, which she said can work “miracles.”

American actor, producer, director and social activist Forest Whitaker also received a Crystal Award in Davos for his leadership in peace-building and conflict-resolution efforts, while German violinist Anne-Sophie Mutter was recognized for her efforts to provide opportunities for young aspiring musicians.

The Crystal Awards ceremony took place on the eve of the official inauguration of the World Economic Forum and was followed by a concert by Mutter and scholarship students supported by her foundation.