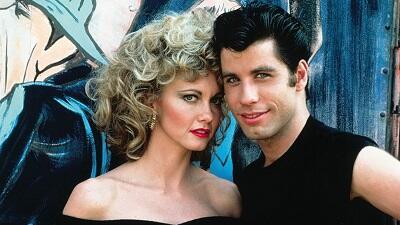 The black leather jacket and skin-tight trousers that Olivia Newton-John wore for the finale of Grease have fetched $405,700 (£314,000) at auction - more than double the expected bid.

The actress' original script from the film was also among the items at the sale in Beverly Hills, California, which in total raised $2.4m.

Some of the proceeds will go towards Newton John's cancer treatment centre in Australia.

The buyers' identities are not public.

The infamous black outfit marked Sandy's transition from a good girl high-schooler to a sexy, leather-clad biker chick, when the couple sang You're the One That I Want in a fairground.