Nicki Minaj jokes she was “bullied” 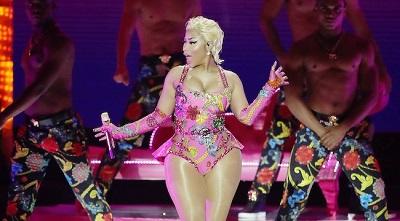 Having emerged from her very brief ‘retirement’, Nicki Minaj has joked that she was “bullied” into releasing new single ‘Yikes’.

“I was playing a snippet for my crazy fans and they made me put it out”, she claimed in a Twitter Q&A with said crazy fans. “They are bullies. I only had one verse done. The label bullied me too. I’ve been bullied”.