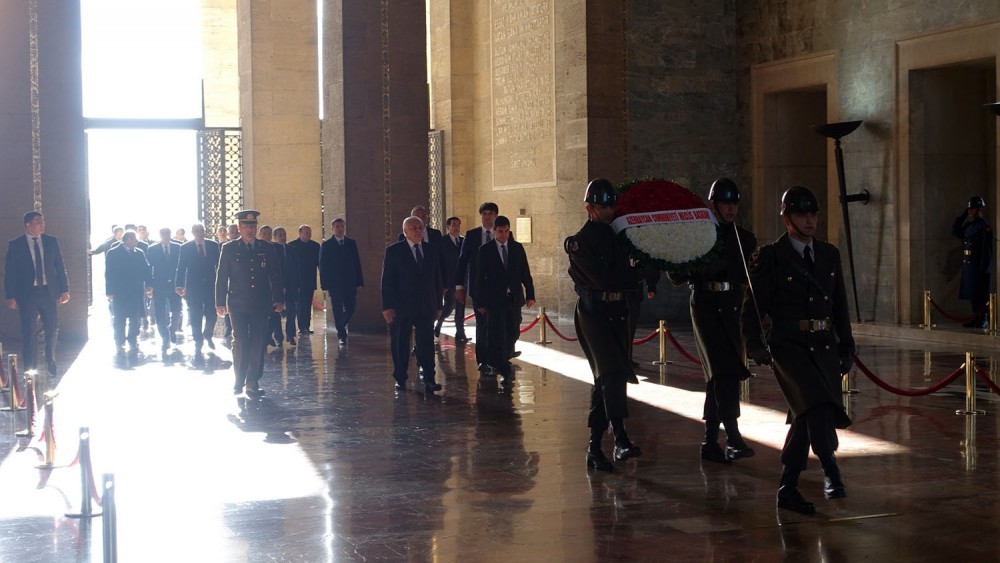 An Azerbaijani parliamentary delegation led by Speaker Ogtay Asadov has embarked on a two-day official visit to Turkey.

Upon the arrival the delegation laid a wreath at the tomb of the founder of the Republic of Turkey Mustafa Kamal Ataturk at Anitkabir.

The delegation then had an audience with Turkish President Recep Tayyip Erdogan. Speaker Asadov extended President Ilham Aliyev`s greetings to the Turkish leader. They discussed prospects of Azerbaijani-Turkish relations.

The Azerbaijani parliamentarians then had a meeting with Prime Minister Ahmet Davutoglu, who reiterated his country`s support for Azerbaijan. He hailed the importance of his meetings with Azerbaijani President Ilham Aliyev during his last visit to Baku. “Azerbaijani-Turkish relations are an example of friendship and brotherhood to the entire world,” Davudoglu added.

Ogtay Asadov also met with Speaker of the Grand National Assembly of Turkey Ismail Kahraman, and they discussed prospects for deepening cooperation between the legislative bodies.