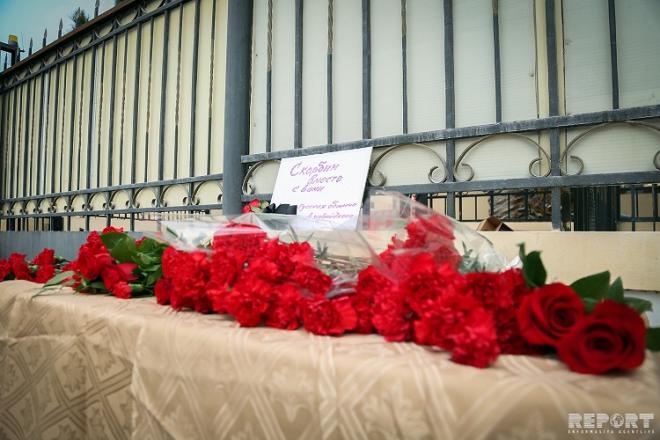 Baku residents, representatives of the public of Azerbaijan bear flowers to embassy of Russia as a gesture of condolences over the crash of the Russian Tu-154 plane.

Axar.az reports referring to Report that, head of the Russian community of Azerbaijan Mikhail Zabelin, together with members of the community laid flowers at the embassy. At the same time, chief executive of Narimanov district Abdin Farzaliyev also laid flowers.