Unity prayer should be performed in all mosques 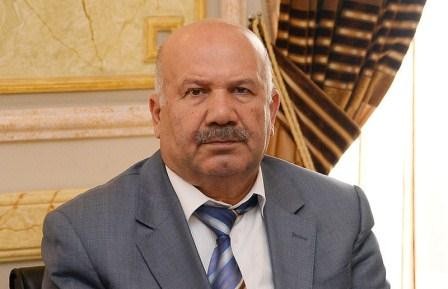 We believe that unity prayer can and should be performed in all mosques of Azerbaijan.

According to news of “Report.az” these words were said by Sayyad Salahli (Aran), first deputy chairman of State Committee for Work with Religious Associations.


He emphasized that there is no division among Azerbaijani believers. "Whether person is Sunni or Shia, God, the prophet, holy book, circumcision are the same. There is no a serious difference between them. We can improve multicultural and tolerant atmosphere in Azerbaijan via unity prayers. We recommend unity prayer to all believers. We suppose that our believers will understand us. Evil-intentioned people who want to create confrontation and cause division among Azerbaijan believers won’t achieve their desires. In totally, some groups abroad, forces that do not want prosperous Azerbaijan and, at all cost, they want to create confrontation, to instigate definite actions that can lead to the civil disobedience. Of course, our believers should not allow it.”

S.Salahli added that before several unity prayers have been performed in Shamakhi mosque.

He noted it is also possible to organize unity prayers in other regions of Azerbaijan.