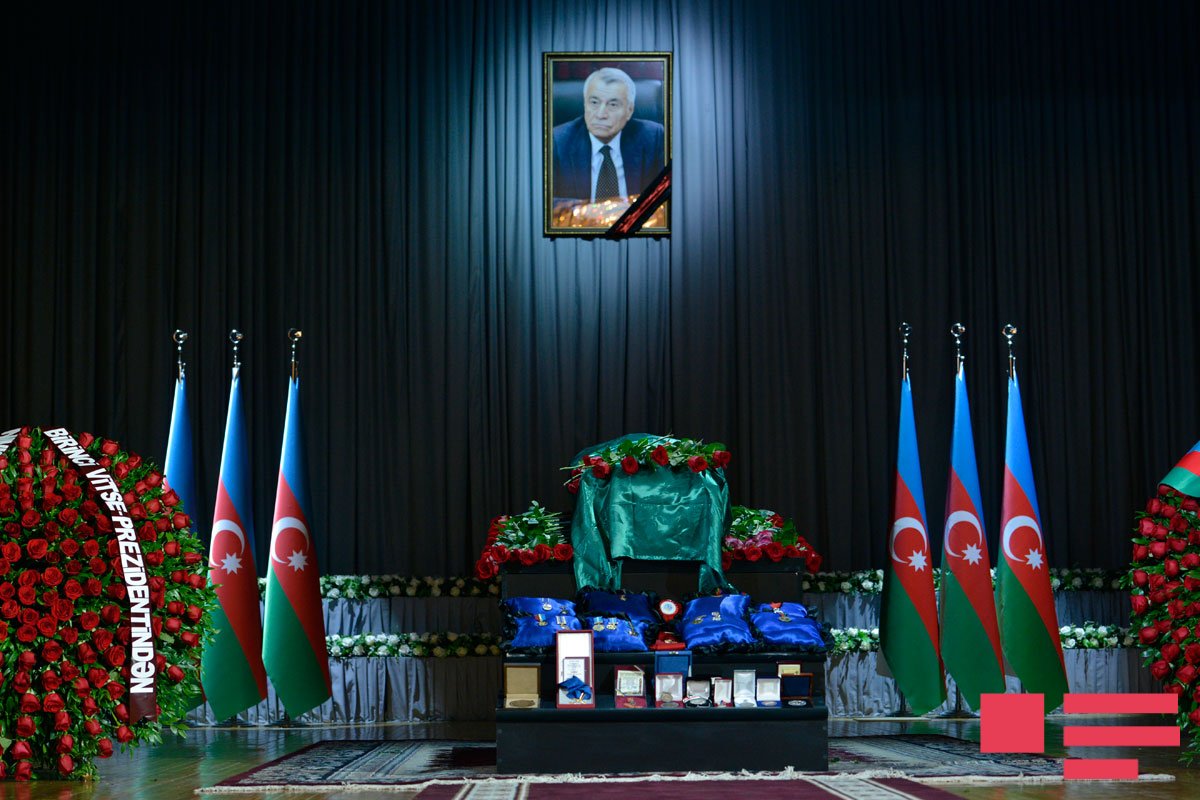 A farewell ceremony was held for Azerbaijan’s Minister of Energy Natig Aliyev in the Cultural Center named after Shahriyar in Baku June 10.

Addressing the ceremony, Azerbaijani Parliament Vice-Speaker Valeh Alasgarov said that Natig Aliyev will live in the heart of everyone as a person who served his country and state with dignity.

He hailed the importance role Natig Aliyev had played in the implementation of the Contract of the Century, the Baku-Tbilisi-Ceyhan and Baku-Tbilisi-Erzurum gas pipeline projects, as well as other oil and gas projects.

The late minister’s son, Farhad Aliyev, in turn, expressed gratitude to Azerbaijani President Ilham Aliyev for the help rendered during his father’s treatment.

Farhad Aliyev also thanked everyone who took part in the farewell ceremony.

Following the farewell ceremony, the late energy minister was laid to rest at the Alley of Honor in Baku.

A few days ago, Natig Aliyev was placed at the Central Hospital of Oil Workers in Baku due to heart problems. Then, he was brought to Turkey for medical treatment.

The energy minister died in a hospital in Istanbul on June 8.