Iran to draw loan for bridge construction on border 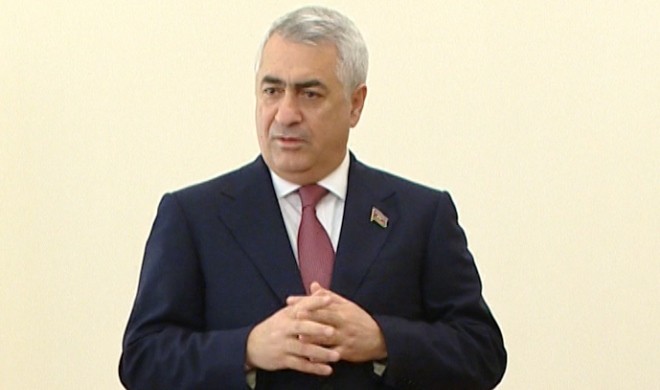 Iran will draw a loan to finance its part of the construction of a railroad bridge over the Astara River on the Azerbaijani-Iranian border, Javid Gurbanov, head of Azerbaijan Railways JSC, told Trend April 21.

Gurbanov has not specified the amount, source and timing of drawing the funds by Iran.

He said that Azerbaijan will finance the construction of its part itself.

A groundbreaking ceremony was held in the Azerbaijani city of Astara Apr. 20 for construction of a railroad bridge over the Astara River.

At present, the sections of the Qazvin-Rasht and Astara (Iran) - Astara (Azerbaijan) railway are being constructed as part of the project.

The Astara (Iran) - Astara (Azerbaijan) section is planned to be constructed in 2016, while the Qazvin-Rasht section in 2017. The Rasht-Astara railway will be under construction simultaneously.

The Qazvin-Rasht-Astara railway is a part of the North-South transport corridor. Construction investments are estimated at $400 million.

Initial plans call for transporting six million tons of cargo through the corridor a year, which is expected to reach 15-20 million tons per year in the future.