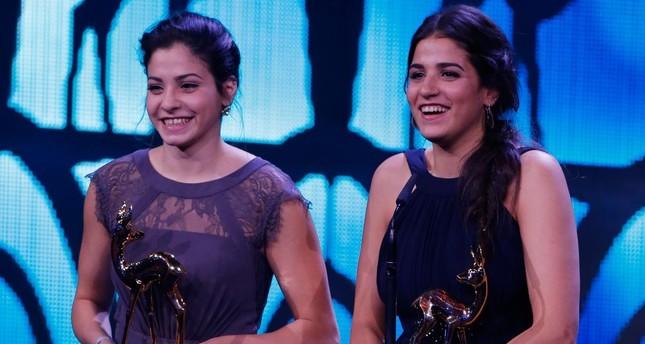 A Syrian elite swimmer who helped rescue 18 fellow refugees when their boat broke down off Greece three years ago will be detained until at least next week as part of a Greek investigation into people smuggling, her lawyer said Monday.

Sarah Mardini was arrested on August 29 as part of investigations into an illegal network smuggling migrants from Turkey to the Greek island of Lesbos.

Mardini and her sister Yusra, both trained swimmers, caught the eye of the public in 2015 when they towed a raft for hours until it landed safely on Lesbos.

They have since settled in Germany, but Sarah has continued to work as a volunteer assisting migrants arriving on Lesbos.

Greek authorities on Monday ordered her detention until at least next week, her attorney Charalambos Petsikos told dpa in Athens.

She is one of 30 members of at least three non-governmental organizations, 24 of them foreigners, being investigated. A German national and a Greek were also among those arrested.

"We petitioned for her release until trial. My client is just a helper and has nothing to do with the charges," Petsikos said.

"It is an attempt to criminalize the activity of helpers," he added.

Police sources said they started monitoring NGOs on Lesbos in February after two activists were arrested in a Greek military vehicle with false registration plates.

Many migrants continue to arrive on Lesbos even though the Balkan migration route was closed two and a half years ago.