Role of media in the army is irreplaceable 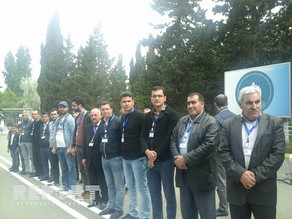 "The role of the media in strengthening the faith in the army is irreplaceable."

He noted that in the course of events took place in early April on the frontline territories, Azerbaijani media showed a true example of patriotism: "Most of the media agencies have preferred to disseminate accurate and officially confirmed information, and thanks to this we won not only in the course of military operations, but also in the information war. However, there is still a lot of work. We must mobilize our forces until the day of liberation of our lands from occupation. Realizing the importance of the mass media to the public, our structure is implementing various joint projects with media agencies."