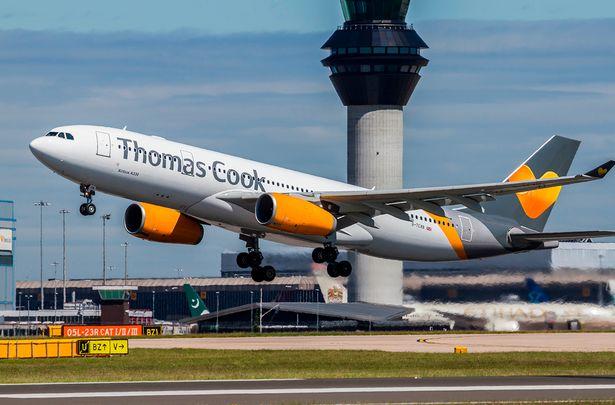 The first flights bringing Thomas Cook holidaymakers home to the UK have landed amid some reports of disruption.

The government has said it will run a "shadow airline" for two weeks to repatriate the 155,00 UK tourists affected by the firm's collapse.

Transport secretary Grant Shapps said its response to the crisis was "on track so far" and "running smoothly".

But some people have complained of long queues and disruption at airports, including one who waited nine hours.

Ricky Houston said his flight to Newcastle from Corfu was delayed by nine hours on Monday.

"I feel sorry for the reps because I don't think they knew anything either. It was the hotel which kept us up to date," he said.

Mr Shapps, who earlier attended an emergency Cobra government meeting on the government's response, said: "People will experience delays, we're not running the original airline, but we intend to get this done all in the next two weeks and then end this phase of the rescue."

He also stressed people should not come home early from their holidays but should "carry on and leave on the date they were supposed to leave, having first checked the Thomas Cook website before leaving for the airport".