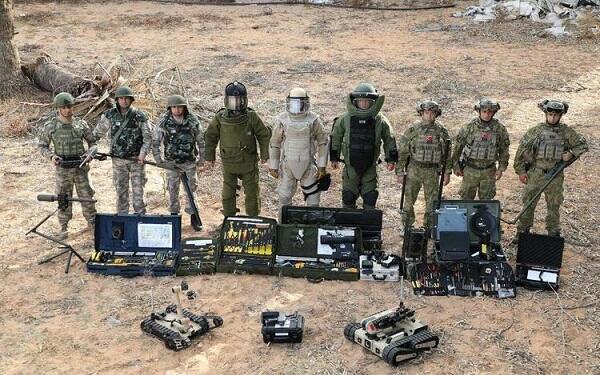 The engineering and sapper units of the ground forces of the Turkish Armed Forces have begun to conduct mine clearance operations in Azerbaijani territories liberated from the Armenian occupation.

The sapper groups will clear the territory from mines, as well as conduct the exercises for the Azerbaijani servicemen.