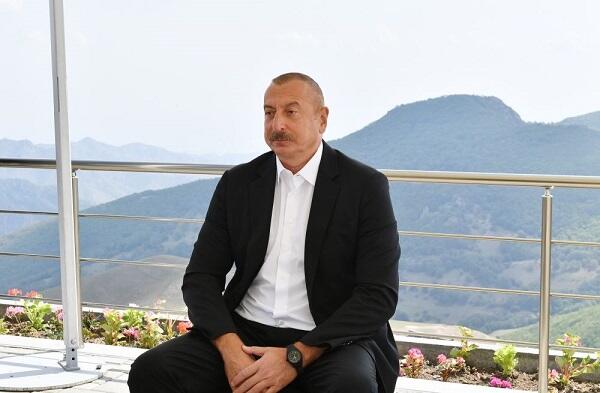 The Algerian information portal Al Harir highlighted some points from the interview of President Ilham Aliyev to Azerbaijan Television on July 22.

Axar.az reports that in response to a journalist's question about the European Union's allocation of 2.6 billion euros to Armenia, 2.3 billion euros to Georgia and no funds to Azerbaijan, the Azerbaijani President said that this position was unfair. Because Azerbaijan is the largest country in the South Caucasus in terms of territory, population and potential.

According to the report, President Ilham Aliyev said that so far the South Caucasus countries have not received such a large amount of money, which is due to the war. He added that in this case, as the country most affected by the war, these funds should be given to Azerbaijan.

President Ilham Aliyev noted that 10,000 square kilometers of Azerbaijan's territory had been completely destroyed by Armenian vandals. Hundreds of thousands of mines have been laid and all buildings, historic buildings and infrastructure have been destroyed. But they give money to Armenia. Is there a ruin in Armenia? No. Are we laying mines there? No. Has there been a country that has suffered so much from occupation? No. Of course, this is unfair. Of course, there was an exchange of views on this issue. The answer was that Azerbaijan does not seem to need funds. First, no one offered us, offer us, I say, we need it or not. But when no one offers us, they say that Azerbaijan does not need funds. Don't we have to restore the liberated lands? Need billions of dollars, does it fall from the sky? Azerbaijan is a transparent country. Financial resources are also known. Yes, we are a self-sufficient country. But if we are given a grant like Armenia, we will never refuse.