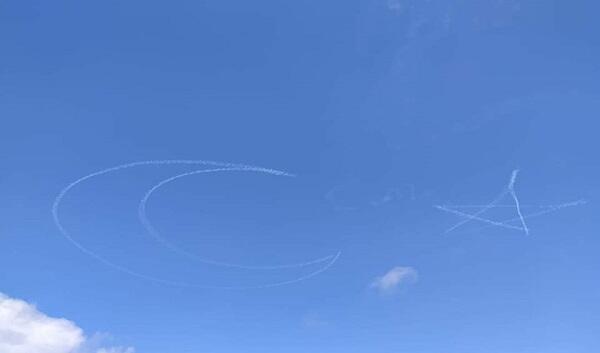 Today, as part of the Teknofest Azerbaijan Aerospace and Technology Festival, Azerbaijani and Turkish pilots performed various maneuvers in the skies of Baku with fighters and helicopters.

Axar.az reports the Turkish Solo Turk aerobatics team drew a moon and stars in the skies of Baku.

The images, which spread rapidly on social networks, were well received by the people.