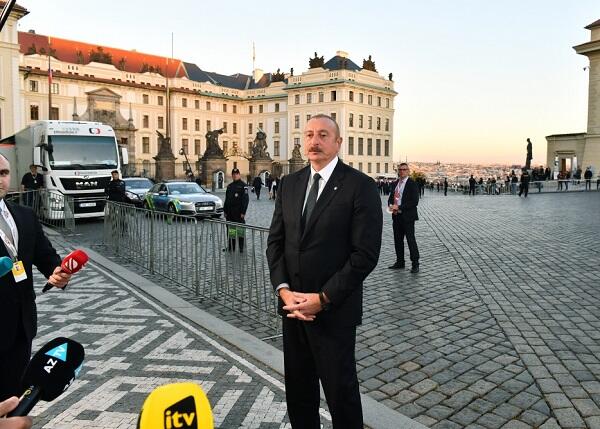 Axar.az reports that President Ilham Aliyev expressed these views in an interview with Azerbaijani television channels on October 6 in Prague.

Noting that this quadrilateral meeting was organized by Charles Michel and Emmanuel Macron, the head of state said:

"Important issues were discussed during this meeting, and I think that this meeting will also be important for reaching a peace agreement. The contacts are still ongoing. We agreed to meet again after dinner. In any case, the peace process has already been boosted."