Going to gym may be harmful 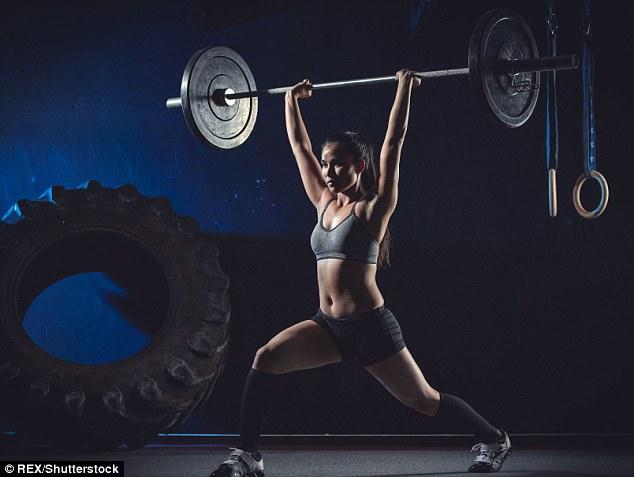 Going to the gym may be great for your health - but it could give you body dysmorphia, a new study claims.

An exposure to extremely muscly physiques could be leading to distorted body perceptions among young males and females, researchers warn.

Looking at just muscular images could make you start to see muscularity as normal over thinness and vice versa.

Body image distortion is often blamed on exposure to idealized images in the media.

But this is the first study to analyze exactly how the brain reacts when people see these images.

In a study from Macquarie University in Australia, researchers studied people's responses to images of various body types.

The team confirmed previous findings that exposure to an image of someone with low body fat caused average bodies to seem fatter but also found the same to be true in images of those with high muscularity.

Dr Ian Stephen, Senior Lecturer at Macquarie University's Department of Psychology, said: 'What people considered a 'normal' body changed significantly as they were exposed to images with different characteristics.

The researchers noticed that the media exposure explanation has similarities to a well-known phenomenon called visual adaptation –and used this phenomenon as a basis for their study.

When people look at an extreme stimulus, like a bright red circle, the neurons that encode redness are strongly activated and eventually 'adapt'.

A neutral color like white is represented by a balance of activity in cells responding to complimentary colors, such as red and green.

But after prolonged exposure to red, when we then look at a white wall, for example, the neurons encoding the opposite color – green in this case– show more activity than the adapted red neurons.

As a result of the imbalance in responses of red and green neurons, an illusory green circle appears on the wall.

Dan Sturman, the student who ran the study, explained: 'We wanted to test whether visual adaptation can explain why people who look at thin or muscular images start to see thinness or muscularity as normal.

'Our results supported the visual adaptation explanation – looking at muscular or thin bodies produced illusions that neutral bodies were puny or fat.

'These fat and muscle effects could be produced separately, suggesting that the brain is not just processing bodies as large or small, but rather that we have separate groups of neurons in the brain to represent fatness and muscularity.'

The study also indicates that people who spend a lot of time reading bodybuilding magazines or websites, watching professional sports or spending time with athletes at the gym could develop muscle dysmorphia as a visual aftereffect.

Dr Kevin Brooks, an associate professor at Macquarie, said these kinds of idealized images can have a negative impact on mental health.

He said: 'This kind of body image distortion is worrying as it can lead not just to mental health issues but also physical health complications associated with extreme dieting and/or exercise behaviour and, in some cases, steroid use.

'The next step is to form a better understanding of the neural processes that underlie this body image distortion, so we can target our strategies to reduce their effects, and to develop therapies for sufferers.'