EOC to be guided by International Olympic Committee 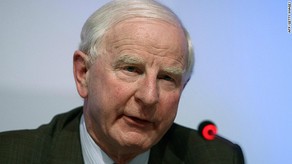 A decision on whether or not Russia will be awarded the 2019 European Games will be guided by whatever decision the International Olympic Committee (IOC) take following claims that the country were involved in systematic doping at Sochi 2014.

"We are standing by that decision," Report informs, Patrick Hickey, President of the European Olympic Committees (EOC) told Insidethegames following a meeting of the EOC's Executive Committee at this Spanish resort here today.

Russia's track and field athletes are already banned from international competition following allegations in a report published in the WADA Independent Commission that they were involved in state-supported doping.

Patrick Hickey had announced last November that Russia was the preferred option to host the second edition of the Games which made their debut last year in Baku.

"I will follow whatever guidance we receive from Thomas Bach and the IOC and we will make a decision when we have all the facts."

The first European Games were held in Baku, in the capital of Azerbaijan from 12 to 28 June 2015.