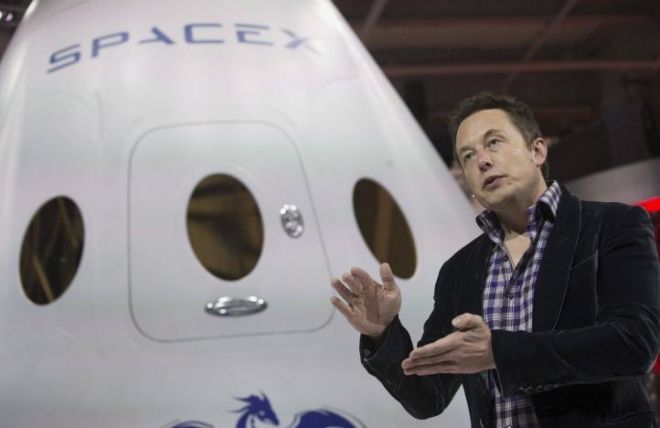 The California-based company, owned and operated by technology entrepreneur Elon Musk, has proposed an orbiting digital communications array that would eventually consist of 4,425 satellites, the documents filed on Tuesday show.

The project, which Musk previously said would cost at least $10 billion, was first announced in January 2015.

The latest documents, which include technical details of the proposed network, did not mention cost estimates or financing plans.

Financial backers of the company, whose full name is Space Exploration Technologies Corp, include Alphabet's Google Inc and Fidelity Investments, which together have contributed $1 billion to Musk's space launch firm.

The proposed SpaceX network would begin with the launch of about 800 satellites to expand internet access in the United States, including Puerto Rico and the U.S. Virgin Islands, the FCC filings showed.

"The system is designed to provide a wide range of broadband and communications services for residential, commercial, institutional, government and professional users worldwide," SpaceX said in technical documents accompanying its filing.

Similar internet-via-satellite networks are under development by privately owned OneWeb and by Boeing Co.

Such a system would provide a space-based alternative to cable, fiber-optics and other terrestrial internet access currently available.

SpaceX did not say when its launches would occur.

Each satellite, about the size of an average car, not including solar panels, would weigh 850 pounds (386 kg), SpaceX said.

SpaceX's primary business is launching satellites into orbit for government and commercial customers. It also flies cargo supply ships to the International Space Station for NASA.

SpaceX rocket launches have been on hold since a Sept. 1 launch pad accident that destroyed a $62 million Falcon 9 booster and a $200 million Israeli communications satellite. The company hopes to resume flights next month.