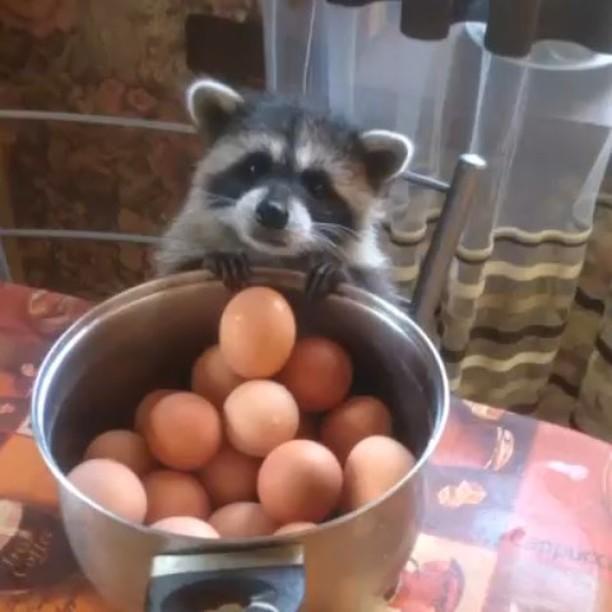 Raccoons are born resembling the masked bandits of the animal kingdom, and generally have a tough time living down the reputation; they have been known to forage at camp sites. This fellow may have been invited to the dinner table, but has a difficult time grabbing a boiled egg.

Raccoons are often thought to be sneaky animals, however, they are just after an easy meal and they tend to eat all sorts of food, including nuts, berries, eggs, insects and even chickens.

The raccoon belongs to a Russian woman, Olga Babkina, who regularly posts funny videos of the fluffy creature, as well as of other animals, such as foxes, meerkats, and cats who reside on her farm.