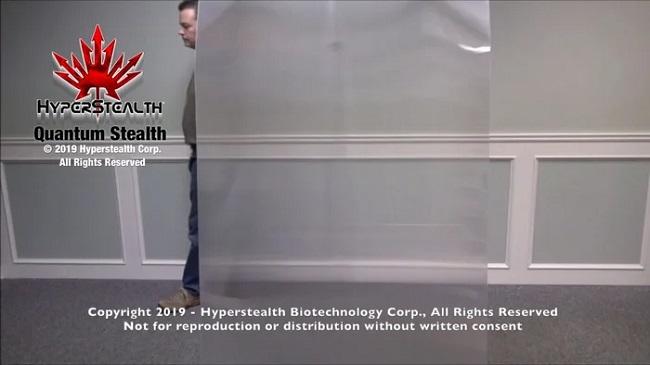 The material is as thin as paper, inexpensive, and requires no power source. While it doesn’t work quite as well as a magical cloak, it does perform the job of concealing and is quite confusing to look at.

Axar.az reports citing Telegraph that the material uses the approach of lenticular lenses, according to IFL Science. If you have seen one of those pictures that appears 3D depending on how you look at it, you have seen this tech.

The technology started being developed by Hyperstealth's Guy Cramer in 2010, and since then he’s been working with military organizations to get it developed. He recently filed four patents on this and related technologies and published a series of videos on how it works.