COVID-19 victims` bodies are thrown into the river - Video 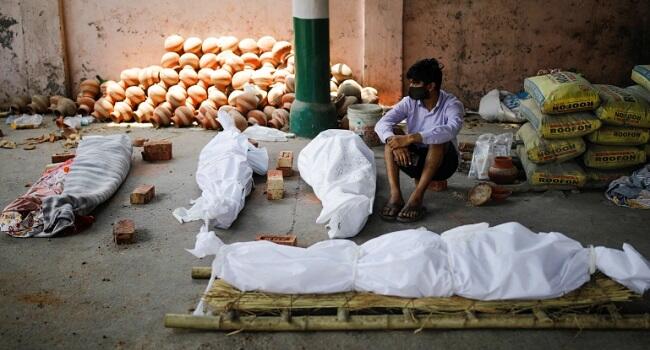 In India, the bodies of patients who die of coronavirus are thrown into the river.

Axar.az reports that in the Indian village of Balrampur, two people in special protective clothing threw a corpse into the river from the side of the bridge.

The head of the Balrampur village medical department confirmed that the body belonged to a COVID-19 patient and said that those who threw him into the river were relatives of the patient. After the incident, the two men were detained by police and the bodies were handed over to their families in accordance with quarantine rules.

Earlier, the bodies of 71 people were found on the banks of the Ganges River in India. They were reportedly thrown into the river due to rising deaths in the country and a lack of space in crematoria and cemeteries.