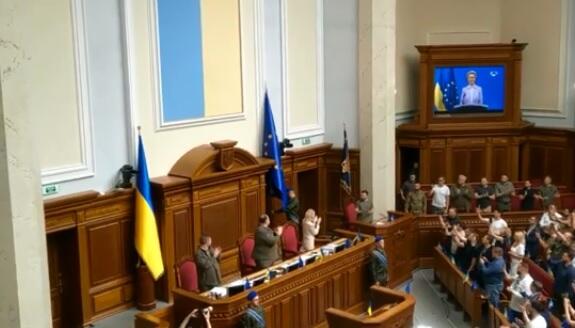 The organization's flag was brought to the hall of the Verkhovna Rada in connection with granting Ukraine the status of a candidate for EU membership.

Axar.az reports that Ukrainian MP Roman Stefanchuk wrote this on his Facebook page.

"Until today, I had two dreams: First, to fly the flag of the European Union next to the yellow-blue flag of Ukraine in the hall of the Verkhovna Rada, and secondly, to take off the military uniform and participate in a peaceful parliamentary session in a white shirt and suit. The first wish has already come true. So, the second one will come true. Absolutely!” - Stefanchuk said.