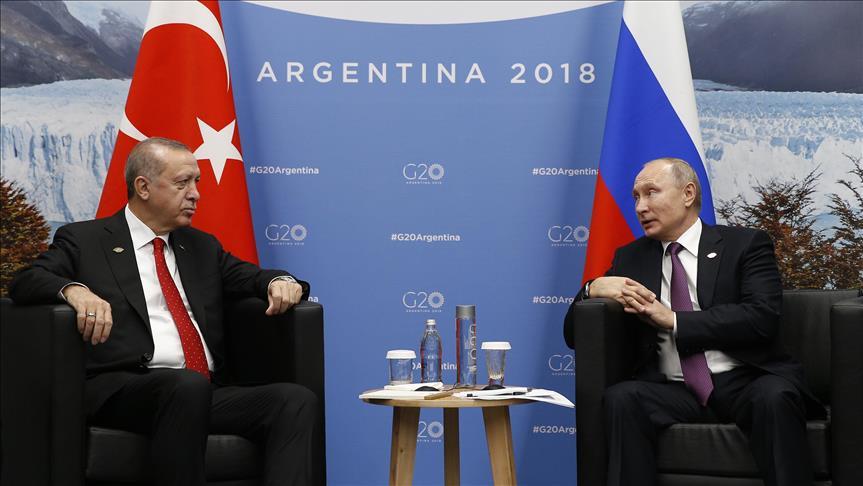 The meeting between Turkish President Recep Tayyip Erdogan and his Russian counterpart Vladimir Putin has begun.

Axar.az informs that the Russian mass media reported on this.

The talks are taking place in the Green Hall of the "Imperial" building of the "Rus" sanatorium in Sochi.

The talks between the leaders have been going on for 3 hours.

Russian media reported on this.

The meeting is closed to the press.

The meeting between Putin and Erdogan ended after 4 hours of discussions.

The leaders adopted a joint declaration.