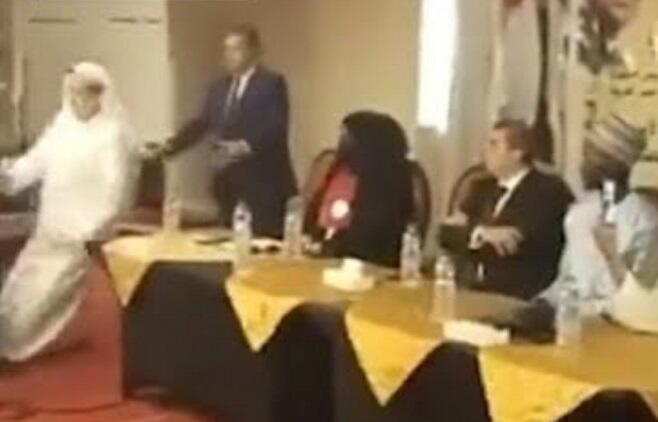 The Saudi businessman was giving a speech at the conference in “support of the achievements of [Egyptian] President Abdel Fattah Al-Sisi” when he collapsed and reportedly died on Monday, August 8.

Axar.az reports citing foreign media that Al-Qahtani, Chairman of the Board of Directors of Al-Salam Holding Company, described Abdel Fattah Al-Sisi, as the dean of humanity and a man of peace, before he fell to the ground, as reported by arabi21.com.

Other reports suggested that he was praising the President of the Emirates, Mohammed bin Zayed when he collapsed.

Abdullah Elshrif wrote on Twitter that Al-Qahtani died in the house of border guards at the Arab-African Conference, which was attended by representatives of international, regional and Arab bodies and organisations, as well as a number of ambassadors and Arab personalities.

He was also believed to be at the conference with his Emirati wife, Aisha Al-Jabri.