Russia honored all fidelity on S-300 supplies to Tehran 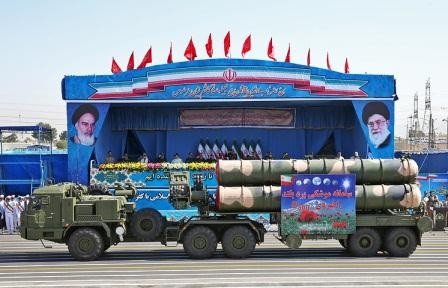 Earlier this month, a representative of the Federal Service for Military-Technical Cooperation told TASS Russia had completed the supplies of S-300 air defense systems to Iran.

Russia has fulfilled all its obligations on the supplies of S-300 missile systems to Tehran, Iranian Ambassador to Russia Mehdi Sanaei said on Wednesday.

"The S-300 issue has been already closed, everything has been supplied and delivered," Sanaei told reporters answering a question if Russia has fully met its commitments under the deal.

Earlier this month, a representative of the Federal Service for Military-Technical Cooperation told TASS Russia had completed the supplies of S-300 air defense systems to Iran.

In late August, Iranian Defense Minister Hossein Dehghan said Tehran expected the deliveries to be completed in a month.

The contract for the delivery of S-300 to Iran was signed in 2007 but was suspended in 2010. In the spring of 2015 Russian President Vladimir Putin lifted the ban on S-300 supplies to Iran and in November that year the contract came into force.

The S-300 is a series of Russian long range surface-to-air missile systems produced by NPO Almaz, all based on the initial S-300P version. The S-300 system was developed to defend against aircraft and cruise missiles for the Soviet Air Defense Forces. Subsequent variations were developed to intercept ballistic missiles. The S-300 system was first deployed by the Soviet Union in 1979, designed for the air defense of large industrial and administrative facilities, military bases, and control of airspace against enemy strike aircraft.