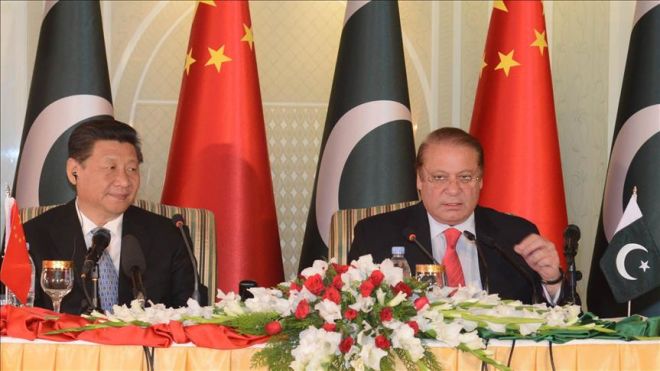 The departure of a Chinese ship from Pakistan's southwestern Gwadar port on Sunday meant a much-vaunted economic corridor between the countries began to transition from bilateral agreements to reality.

Pakistani Prime Minister Nawaz Sharif attended a ceremony held at the port, a key part of the $46 billion China-Pakistan Economic Corridor (CPEC), to celebrate the arrival of a Chinese trade convoy that had travelled 3,000 kilometers from China's northwestern Xinjiang province.

Describing the much-publicized CPEC project as "game-changer" for the entire region, Sharif said his country was harnessing its geo-strategic location for economic benefits.

"This is the beginning of shared benefits, shared prosperity and shared cooperation between Pakistan and China," he said, adding that his government planned to transform Gwadar into a small port city to serve as a trade and economic hub for the entire region.

The Chinese ambassador to Islamabad, Sun Weidong said: "CPEC has entered its full implementation. It is a sign of mutual benefits, mutual construction and win-win cooperation between Pakistan and China."

During Chinese President Xi Jinping's visit to Pakistan last year, the two countries sealed a total of 51 agreements under the CPEC umbrella, increasing their cooperation on energy, security and infrastructure issues.

The corridor, which is part of Beijing’s most ambitious foreign economic initiative, One Belt, One Road, will connect northwest China to the Gwadar port through a network of roads, railways and pipelines, to transport cargo, oil and gas.

It would provide the shortest route for Chinese cargo destined for the Middle East, Central Asia and Africa while earning Islamabad $5 billion annually.

One of the most serious barriers to the completion of the 2,000-kilometer corridor has been Pakistan's security problems, with Chinese workers having been attacked or kidnapped by Taliban militants or Baloch separatists operating in the province Gwadar is located in.

After a request by the Chinese president, the Pakistani army has created a 10,000 strong force to provide protection to hundreds of Chinese workers, technicians and experts working on projects linked to the economic corridor.

Beijing is already Islamabad’s largest trade and defense partner but the two countries hope the project will increase their trade volume from $16 billion to $20 billion.