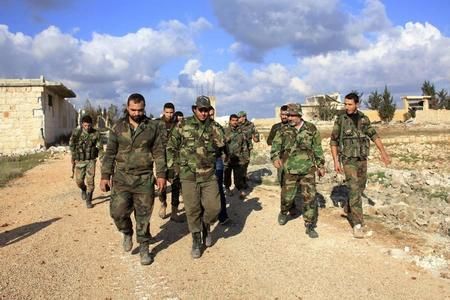 European Union foreign ministers agreed Monday to place sanctions on 17 Syrian government ministers and the governor of the country’s central bank for what they called the Assad regime’s “violent repression against the civilian population in Syria.” The move was expected, and is the second part of EU action to tighten pressure on the Assad regime following the attacks on Aleppo in recent weeks. In late October, the bloc placed an asset freeze and travel ban on 10 Syrians, including military officials and people with business links to President Bashar al-Assad and his government.

“The EU remains committed to finding a lasting solution to the conflict in Syria, as there is no military solution to the Syrian civil war. The EU is determined to save lives and continues its intense humanitarian diplomatic effort to deliver aid to Aleppo and wherever needed, and to evacuate the wounded,” the bloc said in a statement.

The EU has now placed sanctions on 234 people and 69 Syrian firms and other entities since the conflict in Syria began in 2011. The bloc has also placed economic sanctions on Syria, including an oil embargo and a range of financial and trade restrictions.

The latest sanctions target a number of government officials who had not been blacklisted by the bloc. They include Finance Minister Maamoun Hamdan, Petroleum Minister Ali Ghanem and Duraid Durgham, the central bank governor. Last month, EU leaders called on Syria and Russia to end the attacks on Aleppo immediately, let humanitarian aid into the city and resume peace talks. They warned that all options remained on the table to respond to further attacks on the northern Syrian city.

While U.S. President-elect Donald J. Trump has said his focus will be on combating Islamic State not on ousting the Assad regime, the EU and the Obama administration have both said a political transition that doesn’t include Mr. Assad remaining Syria’s president is necessary for the conflict to end. On Monday in Brussels, French Foreign Minister Jean-Marc Ayrault warned it would be a mistake to believe that any side in Syria can secure victory on the battlefield. “There will not be a military victory in Syria. There can only be a result by negotiation…That rests above all the key priority,” he told reporters.