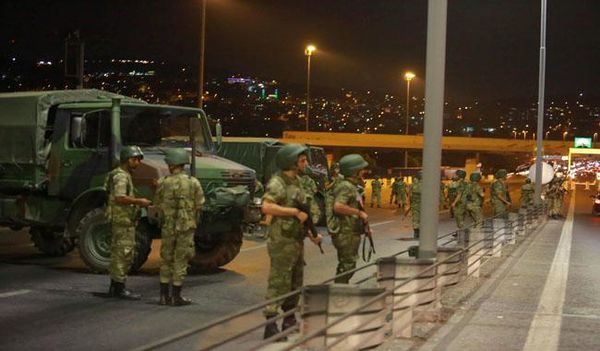 Some Turkish military officers posted to NATO in Europe have requested asylum since the abortive coup in Turkey in July, alliance Secretary-General Jens Stoltenberg said on Friday.

Reuters exclusively reported in October that Turkish authorities had dismissed hundreds of senior military staff serving with NATO in Europe and the United States following July's coup attempt as part of a far-flung security clampdown in Turkey in the wake of the coup attempt.

Stoltenberg stressed that Turkey remains a crucial NATO ally and that he condemned the July 15 putsch, but also that Ankara must respect the rule of law even it seeks to remove suspected coup plotters from its armed forces.

"Some Turkish officers working in NATO command structures, some of them have requested asylum in the countries where they are working," Stoltenberg told a conference. "As always, this is an issue that is going to be assessed and decided by the different NATO allies as a national issue."

Stoltenberg, who has already raised the matter with the Turkish government, is to travel to Istanbul on Sunday for a meeting of lawmakers from across the alliance, joining Turkish President Tayyip Erdogan and senior government ministers for the NATO Parliamentary Assembly's annual session.

Turkey has sacked or suspended over 110,000 people in the military, civil service, judiciary and elsewhere and jailed 36,000 people pending trial as part of inquiries into the coup bid. The scope of the purges has caused alarm among human rights groups and some Western allies, who fear that Erdogan is using the putsch as a pretext to curtail dissent.

Stoltenberg said the North Atlantic Treaty Organisation, which is designed to protect allies from attack, is based on what he called "core values" of democracy and the rule of law.

"I expect all allies to live up to those values," he said. "When I visited Turkey in September, the message from the Turkish leadership was that they would prosecute those responsible and Turkey has the right to prosecute (them)."

But he said he had been reassured that "this will also be done in accordance of the rule of law".

Turkish officials say the scale of the crackdown, which enjoys broad popular support at home, is justified by the gravity of events on July 15, when rogue soldiers commandeered tanks, fighter jets and helicopters, bombing parliament and government buildings in their attempt to seize power.

More than 240 people, many of them civilians, were killed.