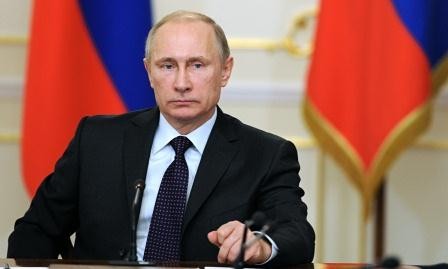 Russian President Vladimir Putin has offered a new humanitarian pause in Syria's Aleppo, urging rebels to use it to leave the eastern, besieged districts.

The defense ministry says Putin has ordered that the aid corridors — which Russia had opened earlier — also be open on Friday, for longer hours, from 9 a.m. to 7 p.m., along with two new exit routes for the rebels to leave eastern Aleppo.

The ministry announced Putin's new gesture in a statement on Wednesday.

The statement says the exits will be open on Friday for both civilians and rebels "in order to prevent a senseless loss of life."

It also says the rebel offensive on the Syrian government-held districts in western Aleppo that was launched last week has failed to break through the siege.