We will consider sticking with US weapons 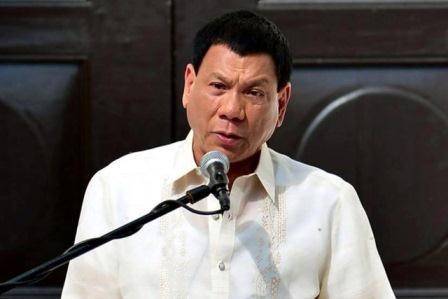 Philippine President Rodrigo Duterte says he'll consider continuing to acquire weapons and defense equipment from treaty ally the United States if the military recommends so, despite offers from China and Russia.

Duterte made the remark in a speech Wednesday in which he again railed at the U.S. with expletives for criticizing his deadly anti-drug crackdown, breaking a promise that he would no longer resort to trash talk.

Duterte said he has asked his defense secretary and military officials to travel to China and Russia to check what they have to offer, but added that the military's recommendation will be crucial.

He said, "If you want to stick with America, fine," but added that he told the military to consider Washington's critical stance against him.