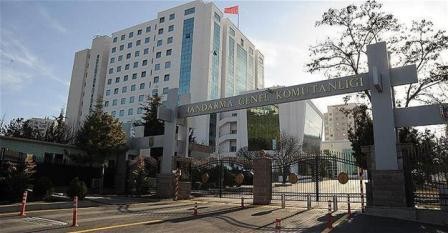 The Interior Ministry suspended 1,218 gendarmerie personnel from duty on Nov. 3 in the latest measure in the probe into the failed July 15 coup attempt, believed to have been masterminded by the Gülen movement.

The suspended personnel include 419 officers and 604 sergeants, Axar.az reports citing to Anadolu Agency.

The Turkish government has already sacked or suspended more than 110,000 civil servants, judges, prosecutors, soldiers and others over suspected links to the network of Fethullah Gülen, a U.S.-based preacher believed to have orchestrated the failed coup.