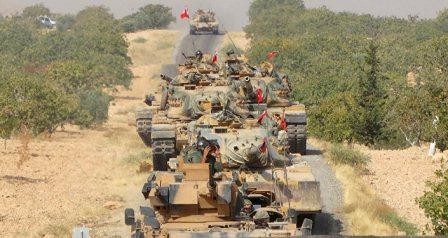 Daesh attack in northern Syria has killed one Turkish soldier and wounded two others, the Turkish General Staff said.

The rocket and grenade attack on the Turkish servicemen, all of whom were taking part in the Euphrates Shield operation, occurred on Friday, the Turkish military said in a statement.