SAS in Iraq given 'kill list' of 200 British jihadis 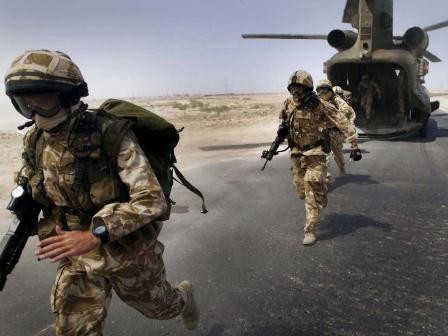 British special forces in Iraq have reportedly been handed a list of 200 British jihadis to kill before they attempt to return to Britain.

SAS soldiers have been told to "use whatever means possible" to kill or capture the militants, according to the Sunday Times.

The newspaper quoted a senior defence source as saying: "A kill list has been drawn up containing the names of hundreds of very bad people. A lot of them are from the UK. The hunt is now on for British Islamists who have effectively gone off-grid."

"This is a multinational special forces operation. The SAS have their own part of the plan and they will be going after British nationals. This is a kill or capture mission and it has already begun."

"We do not have exact numbers of UK nationals in Iraq. The figures which have been in the press are just estimates. We know there are British people in Iraq, but we have no idea of their identities."

"That’s the challenge we face. There is a lot of international co-operation because it’s regarded as a global problem."

Estimates suggest there could be up to 700 British jihadis still fighting for Isis in Iraq and Syria. The SAS hit list focuses on the 200 most senior members that pose a direct threat to the UK. Reported to be included are at least 12 bomb-makers who studied electronics at British universities before fleeing to the Middle East to join Isis and other terrorist groups.

The list of British men and women has been compiled from intelligence supplied by MI5, MI6 and GCHQ and is said to include Sally Jones, a mother-of-two from Kent who is now in Syria working as a recruiter for Isis.

Any jihadis captured are likely to be handed over to Iraqi authorities to be tried. They could face execution if found guilty.

Sources said SAS soldiers have been told the mission to kill or capture the Isis operatives could be the most important in the regiment’s 75-year history.

The teams of specialist soldiers are based at the headquarters of US Joint Special Operations Command near Baghdad. They are also tasked with providing advice and support to Iraqi forces as the attempt to retake the city of Mosul from Isis.

Up to 100 members of Britain’s special forces are believed to be operating in Iraq and Syria to combat the threat from homegrown jihadis working with Isis.

The possibility of Isis being defeated in Iraq has raised the prospect that British people currently fighting for the organisation in the Middle East will return home and plan attacks on UK soil.

The Ministry of Defence would not comment on the existence of an SAS hit list. A spokesperson said: "We cannot comment on issues of special forces involvement."

Previous strikes by the British military on UK citizens fighting for terrorist groups led to accusations the government was carrying out illegal assassinations.

In 2011, then Prime Minister David Cameron faced questions after ordering a lethal drone strike against two British citizens fighting for Isis in Syria. It was the first time British drones had targeted British citizens, although the United States has being targetting US jihadis abroad for some time.

The apparent change in military policy was condemned by Amnesty International, which called the move "extremely alarming" and accused the UK of "conducting summary executions from the air".