French police intercept over ton of cocaine from Colombia 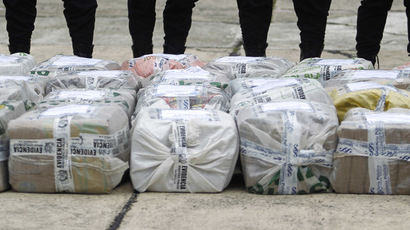 French police have intercepted over a ton of cocaine that had arrived by plane from Colombia, a public prosecutor said on Thursday.

The drug, worth about 100 million euros ($100 million dollars), was seized in a warehouse in the southwest France town of Bayonne on Wednesday, the Bordeaux prosecutor said in a statement.

Ten people of Colombian, French, Spanish and Dutch nationality suspected to be involved in flying the drug in to France were arrested as part of the police operation.