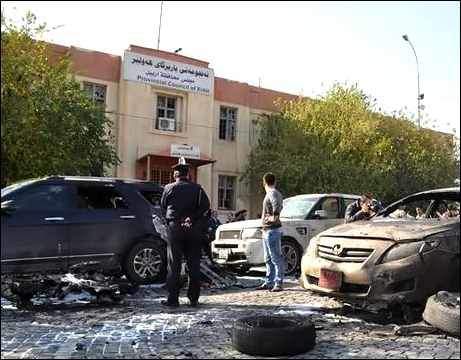 Two suicide bombers blew themselves up following an ambush by Kurdish security forces in a village southeast of Erbil on Sunday, a security source said.

Axar.az informs, he told Rudaw that a heavy gun battle followed between the bombers and security forces in the village of Ponala near Darbandikhan, during which the militants blew themselves up. No one from the security forces or any civilian was hurt.

“Sources tell us the suicide bombers were coming from Halabja province and were going to Tuz Khurmatu as a way to leave Kurdish territories,” Rudaw’s Halo Muhammed reported as clashes were ongoing.