52% of East Aleppo now under control of Syrian army 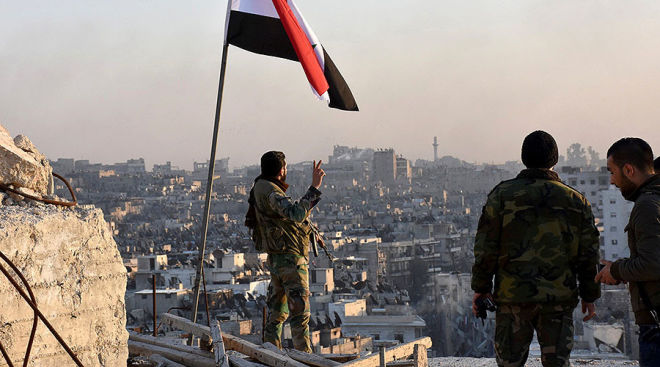 Syrian governmental forces have taken control of 52 percent of eastern Aleppo and are now in control of over 30 of the city’s neighborhoods, the Russian Defense Ministry says.

Axar.az informs, the ministry went on to say that the Syrian army is still successfully advancing in eastern Aleppo, seized a neighborhood occupying three square kilometers over the past 24 hours.