Over 70 PKK/Daesh terrorists 'neutralized' by Turkey 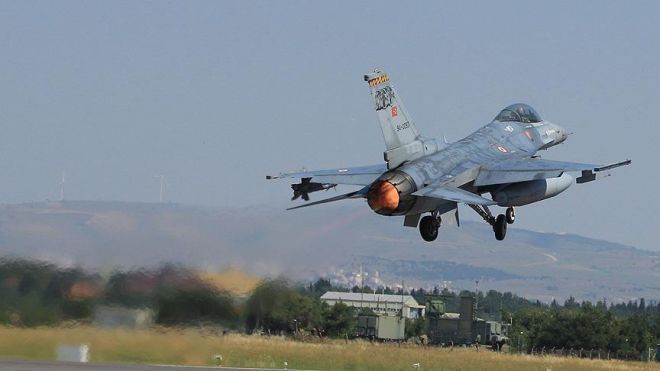 Over 70 PKK and Daesh terrorists have been killed in airstrikes carried out by Turkish jets across eastern and southeastern Turkey and northern Syria over the past week, the military announced Saturday.

The Turkish General Staff said in a statement that 41 PKK terrorists had been "neutralized" across the eastern provinces of Mus, Bitlis and Elazig as well as the southeastern province of Hakkari between Dec. 1-7.

Turkish authorities often use the word "neutralized" in their statements to imply that the terrorists in question were either killed or captured.

At least 50 shelters were also destroyed during the operations, the statement said.

The PKK is listed as a terrorist organization by Turkey, the U.S. and the EU. It resumed its decades-old armed campaign in July last year against the Turkish state.

More than 300 civilians and nearly 800 security personnel have since been martyred. Around 8,000 PKK terrorists have been killed or apprehended.