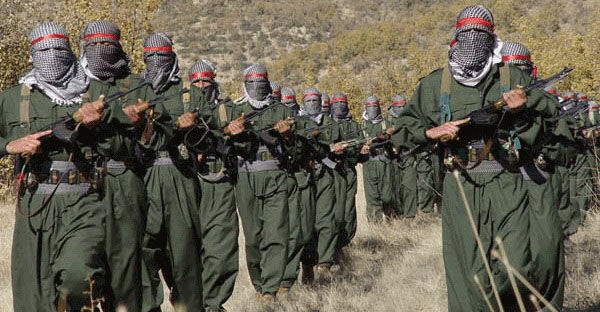 Axar.az informs, a total of 568 people have been arrested across Turkey on terrorism charges since Monday, the Interior Ministry announced on Tuesday.

Anti-terror operations, which began Monday, were carried out in 28 provinces to detain the suspects that included members of the opposition Peoples’ Democratic Party (HDP), who had allegedly participated in activities organized by the PKK terrorist organization and spread propaganda on its behalf, the ministry said in a statement.

The suspects included HDP officials from Adana, Balikkesir, Sanliurfa, Mersin, MAnisa, Eskisehir and Gaziantep. The government has repeatedly accused the HDP of having links to the PKK, which is listed as a terrorist organization by Turkey, the U.S., and EU. Separately, Interior Minister Suleyman Soylu said Tuesday security forces have hit PKK’s major drug trade, which is the PKK's biggest source of income.

"Participation in terrorist organizations has fallen to its lowest level of history," Soylu said during his visit to Hakkari province.