EU hopes for development of co-op with Azerbaijan 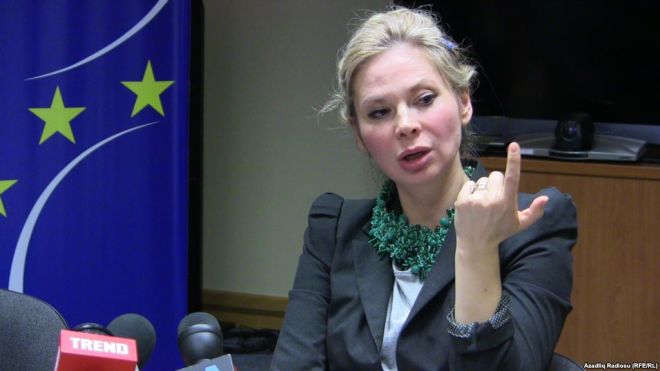 The year of 2016 became significant for the development of cooperation between the EU and Azerbaijan, Malena Mard, head of the EU Delegation to Azerbaijan, told reporters Dec. 15 in Baku.

The decision on continuation of cooperation in a new legal basis was just made in 2016, said Mard adding that bases of this cooperation was laid in 1996 and it was necessary to create a new legal framework for the development of relations.

The sides will start negotiations in this direction from 2017, she added.

Mard also noted that the EU attaches great importance to the development of cooperation with Azerbaijan in the spheres of management effectiveness, economy, energy and others.

Currently, bilateral relations between the EU and Azerbaijan are regulated on the basis of an agreement on partnership and cooperation that was signed in 1996 and entered into force in 1999.