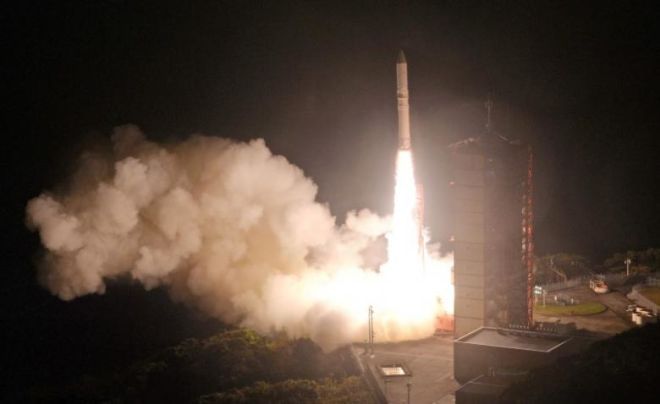 Japan's space agency said on Tuesday it had successfully launched a solid fuel rocket named Epsilon-2, the latest in Tokyo's effort to stay competitive in an industry that has robust growth potential and strong security implications.

Axar.az informs, the 26-meter-long rocket, launched at about 8 p.m. (1100 GMT) from the Uchinoura Space Center in southern Japan, released a satellite for studying radiation belts around the earth soon after the lift-off, Japan Aerospace Exploration Agency (JAXA) said.

The Epsilon-2 three-stage rocket is part of a new generation of solid propellant rockets and makes it possible for launch costs to be reduced up to one third, according to JAXA.

Curbing costs for rocket launches is important as more emerging economies aim to put communication and weather satellites in space and Japan faces stiff competition with U.S. and European rivals such as Arianespace.