Pope Francis called for an end to the fighting 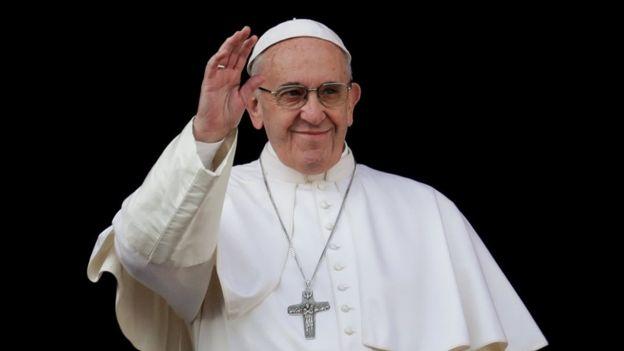 Pope Francis called for an end to the fighting in Syria in his Christmas address at the Vatican on Sunday, saying "far too much blood has been spilled" in the conflict.

He also urged Palestinians and Israelis to abandon hate and revenge.He spoke in front of tens of thousands of Catholic pilgrims in St Peter's Square.

Heavy security was in place following last week's lorry attack in Berlin. The Pope also paid tribute to its victims.

On Syria, the pontiff said the international community must "actively seek a negotiated solution" to the five-year war.

He said Israelis and Palestinians must come together to "write a new page of history" amid heightened tension after Friday's UN resolution condemning Israeli settements on occupied land.global terrorism, which he said "had sown fear and death into the hearts of so many countries and cities".

Authorities in Rome have banned vans or trucks from entering the city centre, and military jeeps were placed on the roads surrounding the Vatican.