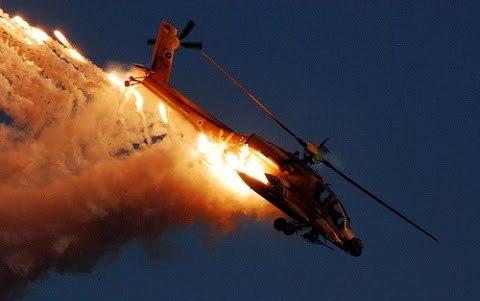 Two people aboard a military helicopter that crashed Wednesday afternoon into the Galveston Bay have died.

The Army Air National Guard confirmed their deaths Wednesday night. Their names will be released after relatives have been notified.
Witnesses told Houston television stations that the aircraft was flying unusually low and that they heard a loud noise and then saw it break apart in the air.

The two people were the only ones aboard the Apache helicopter based at nearby Ellington Field, Coast Guard Petty Officer 1st Class Andrew Kendrick said.

Debris was reported scattered over a northern section of the bay, along with an oil slick. Coast Guard divers were scouring the water where the wheels of the chopper poked above the surface, about 25 yards from shore and a vacant cruise ship terminal in La Porte.

The scene is about 25 miles southeast of downtown Houston.