"It does not matter where terror had happened" 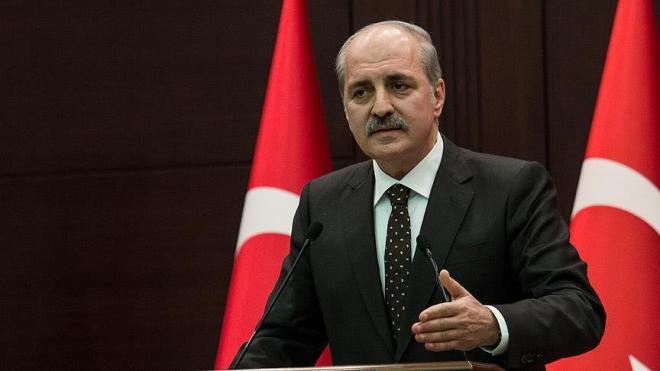 Turkey will remain resolute in its fight against all forms of terrorism in 2017, both at home and abroad, Turkey's deputy prime minister said Monday.

Axar.az reports that, “By using our full national capacity, we will bring all terror groups -- without any distinction -- to their knees, with the support of our people,” Numan Kurtulmus told reporters after a cabinet meeting in Ankara.

His remarks came after a New Year's nightclub attack in Istanbul's Ortakoy district that killed 39 people and left another 69 wounded, according to officials.

Kurtulmus confirmed that eight people had been detained in connection with the attack, adding that security forces were still working to identify the attacker, who remains at large.

He also suggested that Saturday night's deadly attack came as a reaction to the success of the Turkish army's ongoing Operation Euphrates Shield, the main objective of which is to eradicate terrorist threats in northern Syria near the border with Turkey.