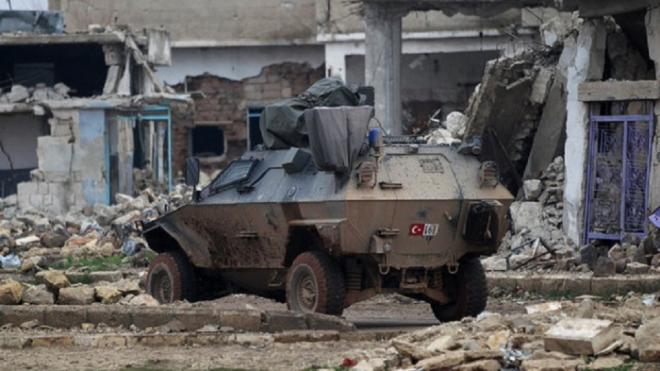 Turkish-backed Syrian rebels are fighting street battles with Islamic State militants in the city of al-Bab, and progress in taking it from the jihadists has been slowed by efforts to avoid civilian casualties, Turkey's defense minister said on Friday.

The rebels, backed by Turkish special forces, tanks and war planes, have been besieging the Islamic State-held city of al-Bab for weeks as part of an operation to drive the jihadists out of a strip of Syrian territory along the Turkish border.