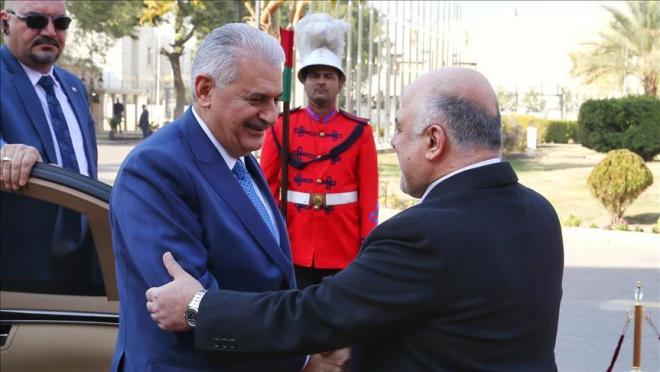 A meeting closed to press was held between Yildirim and his Iraqi counterpart Haidar al-Abadi.

Further meetings are expected to take place with Iraqi President Fuad Masum as well as Speaker of Parliament Salim al-Jabouri.

Regional stability and security are on the top of the agenda during the Turkish visit; especially steps to strengthen bilateral cooperation to counter terrorist groups PKK, Daesh and FETO.