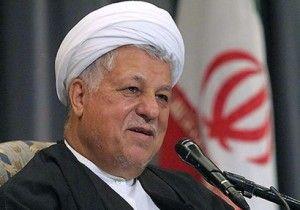 Axar.az reports that, Rafsanjani, who served two terms as Iran's president from 1989 to 1997, continued to be an influential figure in Iranian politics.

At the time of his death he was the chairman of the Expediency Council, which aims to settle disputes between the country's parliament and the Guardian Council.

Rafsanjani was seen as a key figure in Iran's moderate movement and was a vocal supporter of current Iranian President Hassan Rouhani.