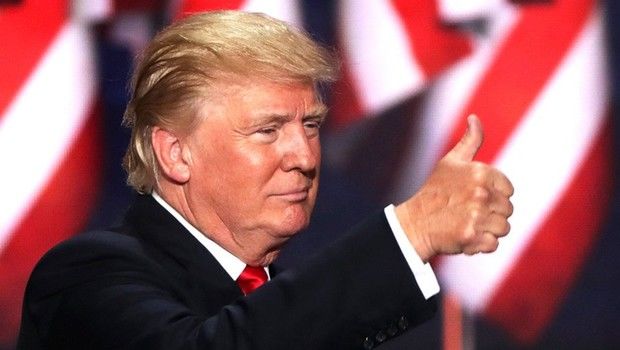 US President-elect Donald Trump answered a barrage of questions ranging from his relations with Putin to the latest report that Moscow may be blackmailing him – which he called 'fake news' and criticized Buzzfeed and CNN for running it.

Axar.az reports that, at the very beginning of the conference Trump’s spokesman Sean Spicer called BuzzFeed and CNN' s report “outrageous” and “irresponsible” and “a sad and pathetic attempt to get clicks.”

“This political witch-hunt by some in the media is based on flimsy reporting, and is shameful and disgraceful,” he said.

Trump started his speech by thanking the news organizations that "looked at that nonsense that was released by maybe the intelligence agencies – which would be a tremendous blot on them; the thing like that should have never been written – and rejected it.”

“A group of my opponents got together, sick people, and they got that crap together,” Trump said.

“Does anyone really believe that story?” Trump asked the press, adding that he always told his employees to be very careful when they travel, lest they end up watching themselves on television.

The majority of questions from reporters focused on Russia and the intelligence reports on Moscow's alleged interference in the US election.

“Hacking’s bad, and it shouldn’t be done. But look at what was learned from the hacking: That Hillary Clinton got questions to the debate, and didn’t report it? That’s a horrible thing,” Trump said.

Answering questions about his relations with Russian President Vladimir Putin, Trump said that “if Putin likes Donald Trump, I consider that an asset, not a liability."