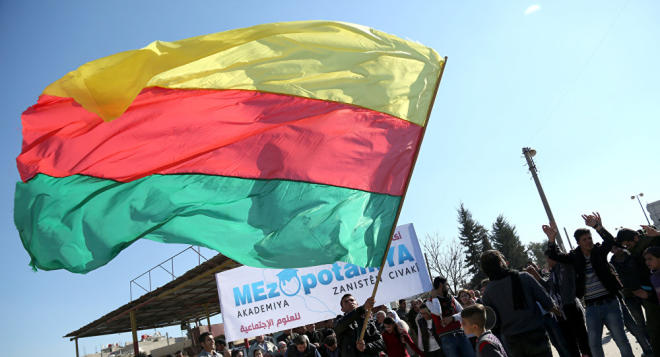 In light of the recent negotiations, Syrian Kurds have discussed creation of a Kurdish federation with Syrian government representatives.

Axar.az reports that, Russia is acting as a guarantor of their talks with the Syrian government on federalization.

The representatives of the Syrian Kurdish political forces with the mediation of the Russian side are holding talks with Syrian leadership, regarding the formation of a Kurdish Federation in the north of the country. One of the negotiators, Kurdish politician Ferid Sedun spoke to Sputnik in an interview about how these meetings are being held with the Syrian leadership. “With the mediation of Russia, I and two other independent Kurdish politicians were able to meet with the Syrian government in Damascus. During the lengthy negotiations we discussed the creation of a federal system in the area of Syrian Kurds,” Sedun said.