Trump has responded to the women's march 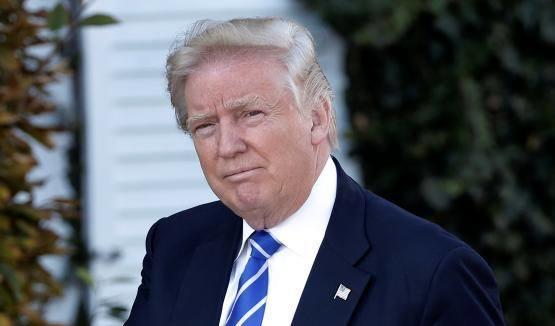 On Saturday millions of people took part in the Women's March to protest against the new president and his questionable attitudes towards women.

It wasn't just in the US, either. In total, there were more than 600 protests in over 75 countries right around the world. In London, hundreds of thousands of women, men and children took to the streets, while in the US a bunch of famous faces, including Emma Watson and Scarlett Johansson joined the crowds.

Even organisers of the march couldn't quite believe the huge number of people who turned up to denounce Trump. And, unlike the anti-Trump protests during the inauguration, the Women's March was a peaceful protest, with reports of a zero arrests being made.

While the record-breaking protest was going on, Trump remained quiet on social media, leading to him getting more stick.

Yesterday he finally shared his thoughts on the protests and it was the most Donald J Trump response ever saying: Watched protests yesterday but was under the impression that we just had an election! Why didn't these people vote? Celebs hurt cause badly.

He followed that up with a tweet about his ratings, having a sly dig at Obama while he was at it: Wow, television ratings just out: 31 million people watched the Inauguration, 11 million more than the very good ratings from 4 years ago!

Before this rather surprising tweet was posted:Peaceful protests are a hallmark of our democracy. Even if I don't always agree, I recognize the rights of people to express their views.